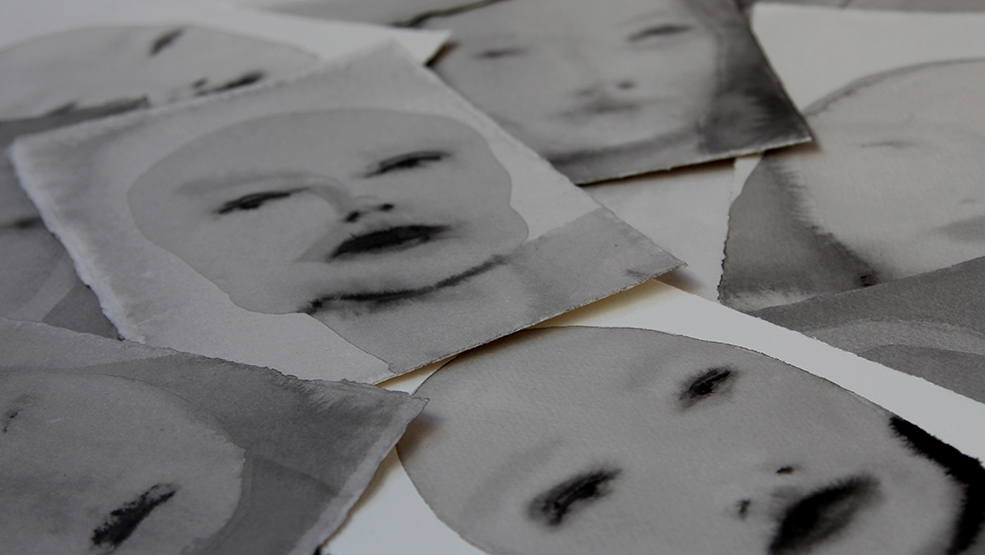 The relationship between mother and child is one that has been illustrated throughout history as one that holds a profound amount of intimacy. In her work ‘Liquid Gold’, Mirjana Batinić illustrates her own personal experience of this intimacy, now as a mother with the person she refers to as ‘her best artwork ever’, her child Misha.

Caruana Dingli is creating a collection of cartoon paintings on mothers. In ’Garden Party’, the mother is in a low patch of her life. “The last thing she feels like doing is going to a party. But there she is with her black cloud following her, thinking everyone is having a great time, when in actual fact other people have their problems, too.”

The ‘Genesis’ project is precisely about the value of a human being – of ‘new forms of maternity’ through which the female body in the condition of surrogate motherhood becomes a container for breeding human material, and the danger of life without that most important love – that of a mother and child – without which the world could completely lose its sense of existence.

Debono’s photographic project ‘Brides on Beds’ explores the final moments of women entering a new transofrmative stage in their lives. ‘It was about three years ago where I had this epiphany of sorts, where I realised that I was the last person to take a photo of this girl, woman, who is leaving her parents’ house to go into marriage’.

‘Rinse’ is an aesthetic and conceptual rinsing of these accumulated roles that have been imprinted in one’s understanding of an individualised and collective concept of identity. Here, the word rinse, and the concept of rinsing is being interpreted as a form of cleansing. The washed out aesthetic given to the series of portraits captures the impression of this rinsing process being undergone. The diluted representation also blurs the indication of the individual’s gender, which conceptually extends to blurring what is metaphorically masculine and feminine’.

Grima’s work ‘Fifth and Sixth Chakra – Sound Vibration’ is a mixed media diptych which portrays the relations between the conscious and the subconscious. This highly individualistic work seeks to depict contemporary spatial problems and one’s striving for balance between mind and body, a balance which can then be directed to the greater social consciousness.

Composed of a series of archived images from the British colonial period, studio shoots in Lagos, street photography and extracts from the African library of feminist literature, this work looks at the impact of colonialism upon the concept of the woman. It particularly visualises distortion of the woman in a postcolonial context within the African continent, taking into account issues of class, race, age, gender, and even health.

‘Ġisimna’, alongside its sister-piece ‘Ġismi’, and ‘Fjur’ act as a reconfiguration of history, where ‘her’ becomes its prefix. Enriqué Tabone’s project ‘Pre-Herstory’ follows the artist’s reaction to the patriarchal perspective on the so-called Maltese mother goddess, a significant pre-her/historical figure.